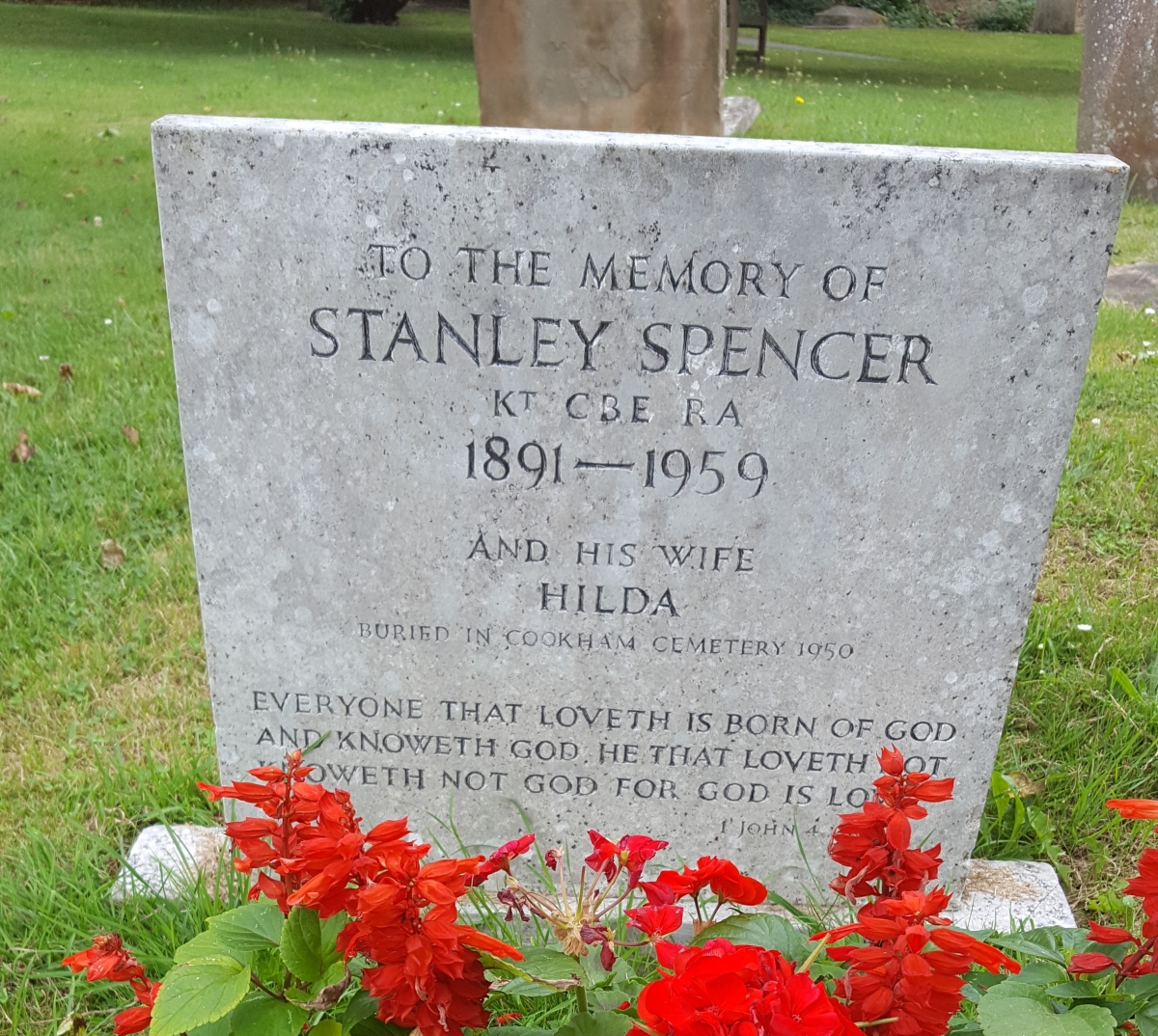 It looks like a simple memorial stone, until you delve into the story of Stanley Spencer’s life, in which nothing was simple.

His was not an especially long life, though the times changed considerably; he was born into a late Victorian world and died as post-war Britain was just beginning to enjoy a little affluence. If it’s a good idea never to be detached from your roots, Stanley followed this maxim more closely than most. He was born in Cookham, died there and spent much of his life in the rural idyll that slowly became a town.  The marvels of modern public transport even enabled him to commute to and from London for his undergraduate studies at UCL’s Slade School of Fine Art, where his nickname was “Cookham”.

Stanley was active in both World Wars, in the second as an official war artist painting the shipbuilders on the Clyde.  He had long since divorced Hilda by the time of his death, but she remained the love of his life despite a second (unsuccessful) marriage to Patricia Preece. Missing the honeymoon was probably not a great start – Patricia went with another artist, Dorothy Hepworth, with whom Stanley had had an affair.

His paintings often combine memories of the Bible stories which his father used to read the family after mealtimes with depictions of the Cookham that Stanley knew so well. Perhaps the best example is, ironically, unfinished: Christ preaching at Cookham Regatta which now hangs in the Stanley Spencer Gallery, a small white square of a building on the corner of the High Street.  Holy Trinity churchyard, where Stanley is buried, is the setting for The Resurrection Cookham, a bizarre but joyous scene of people who mattered to Stanley coming up out of their graves, having conversations and then taking the footpath down to the river to catch the boat to Heaven.

The fact that two of Stanley’s paintings fetched about £2 million between them at auction in 1990 might have bemused him – and annoyed him too, as he was never rich in his lifetime, partly due to the maintenance payments he made to Patricia. But those sums do show how Stanley Spencer is now widely recognised as one of the 20th century’s most significant British artists.