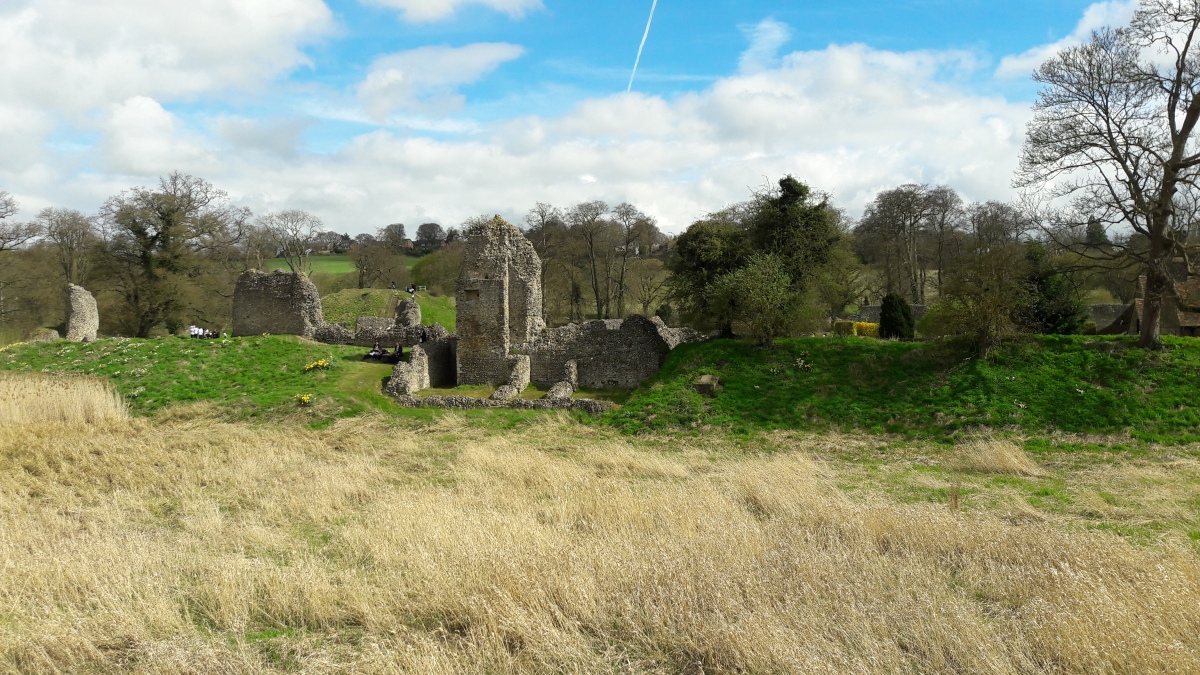 We’ve all had this problem… Working in the big smoke; live a long way away; how to shorten the daily grind of commuting? Get a base in town, perhaps – or just outside town.

Which brings us to Richard, earl of Cornwall, brother of Henry III.  Duty at the royal court in London often called, so Henry granted his brother Berkhamsted Castle in 1225.  Richard got his staff to bring the accounts from his earldom to Berkhamsted, and turned the Castle into a luxurious palace complex – a definite upgrade from its Norman motte-and-bailey origins.  Richard used the Castle until his death in 1272, making him a far more durable resident than Thomas Becket, who had held it for nine years until, in 1164, his quarrel with Henry II led to disgrace.  Edward, the Black Prince, would enjoy the Castle, as would five subsequent queens.

The past 500 years have not been so distinguished, with the Castle slowly falling into ruin. Today you can pick your way round its remains, keeping an eye on the demob-happy schoolchildren as they cavort around the ruins. Beckett, Richard or Edward might all have appreciated the fast train which passes within a javelin’s throw of the Castle, taking today’s London workers to Euston within 40 minutes, up to four times an hour.  From here it’s a short walk up Castle Street (helpful name) into Berkhamsted proper.

Bradt Travel Guides now publishes over 200 titles, including full-country travel guides, regional guides, wildlife guides, and works of travel literature. Bradt pioneers unusual travel destinations, champions sustainable tourism and promotes high quality travel writing. Its Slow Travel guides to special areas of Britain, written by local authors, reveal the spots that aren’t normally publicised and give a voice to the locals. They help you to find out where the best food can be enjoyed (and from where it’s sourced), indulge in a little cultural foraging and discover the Britain you never knew existed. Find out more at www.bradtguides.com.