Embroidery has never loomed too large in our household, or too high on our list of cultural attractions or artistic skills. True, Helen’s father used to create the odd piece. And her mother once answered “Embroidery” to the Trivial Pursuits question “What was the name of the first craft to go up in space?”

But we haven’t thought too much about it over the years. Nonetheless, when we stayed at Missenden Abbey the other day, we found a splendid example of the art, lurking behind a mobile coat-rail in reception.

“The story of Misseden Abbey” [sic] was created in 1990 by Alison M Binns, after a weekend at the Abbey on an HNC in embroidery design. Using traditional techniques including stumpwork figures for the people – a method which was, apparently, popular in the late medieval and early modern periods – it divides the story of the Abbey into three sections:-

Happily, the Abbey continues to this day as a conference centre which also runs a range of short courses on creative subjects. It sits unassumingly at the opposite end of Great Missenden’s high street from the railway station; you could easily miss it. But it’s in fine fettle for a nearly 900 year old establishment, and we’d be surprised if it doesn’t make it to a full millennium. 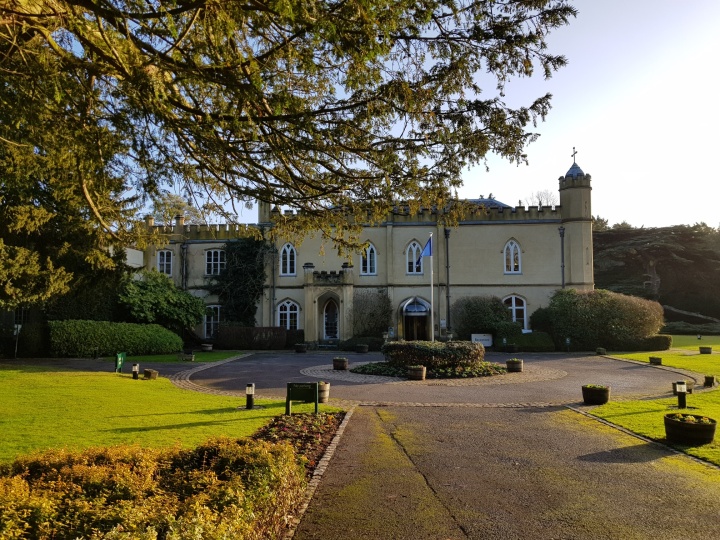